Badou Jack: Regardless of race or religion, we are all humans 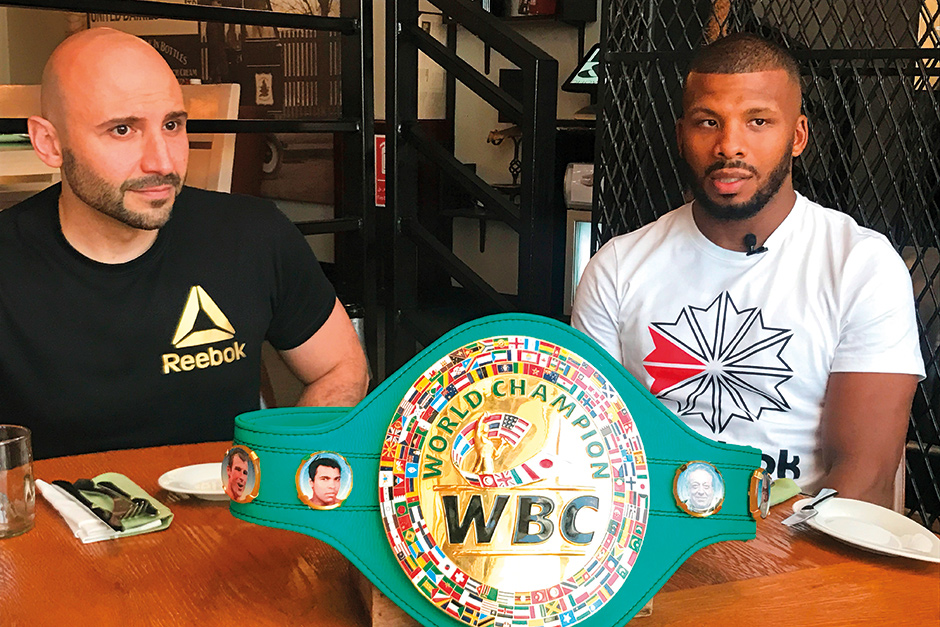 Dubai: US-based two-division world boxing champion Badou Jack is in the UAE and Jordan this week on a goodwill tour to promote peace and unity prompted by his shock at recent events in the United States.

The 33-year-old Swedish-born Gambian light heavyweight — who fought on the undercard in August’s mega-fight between Floyd Mayweather and Conor McGregor — was at home in Las Vegas just 10 minutes around the corner from last week’s mass shooting near the Mandalay Hotel in which 58 people were killed by gunman Stephen Paddock.

As a practising Muslim married to an Iraqi-born Iranian, Jack is also sensitive to the portrayal of Islam in light of other recent terrorist acts, notably in his hometown of Stockholm where there was an attack claiming five lives in April.

Given his African roots, he also supports athletes in the US who have chosen to speak out against police brutality towards African Americans by kneeling during the national anthem.

The motive behind the Vegas shooting is yet to be confirmed, but Badou’s message is that evil and hate can come from anywhere and that the need of the hour is togetherness and understanding.

“When I’m training I just eat, train and sleep, I don’t have a lot of time, so right now is a perfect time to travel the world and do good things,” said Jack, who is in the region visiting schools, hospitals and orphanages. Once he gets to Jordan, he will also visit refugee camps.

He was meant to be travelling to Makkah to perform Umrah, but didn’t have enough time to get a visa for Saudi Arabia, so is now dedicating more time to spreading positivity.

“I’m doing this so that people can see the good in people regardless of race, religion or where you come from — we are all humans.

“It’s really sad what’s going on with [Donald] Trump,” he added of the controversial US President. “I’m not American but I live there, my daughter is American, and I support the protest against police brutality and racism.

“Racism has always been there but especially since he’s been president it’s really coming out now. It’s sad but you live and learn and have got to stay positive.”

Jack, who is in Floyd Mayweather Senior’s stable, stepped up from being WBC super-middleweight champion to WBA light heavyweight by beating Britain’s Nathan Cleverly by a fifth-round TKO on the Mayweather-McGregor card in Vegas in August. He has since vacated both belts to pursue bigger fights.

“Adonis Stevenson is the fight I want, he’s probably the biggest name right now in my division. It’s kind of open now, Andre Ward has retired so there are three belts for people to fight for, plus Adonis has got the WBC,” he added, pointing to a possible Stevenson fight early next year.

“My plan is to become unified light heavyweight champion, eventually stepping up to cruiserweight to become a three-division world champion.”

Jack said that his confidence to achieve this had come from impressive displays — four wins and a draw — in his last five fights against top names.

“They scored the James DeGale fight a draw but I landed 100 punches more than him and he’s still injured. Everybody, all the experts, said I won. So I’ve fought five world champs in a row. Nobody in boxing has fought tougher than me, not even the superstars.

“Anthony Dirrell, George Groves, Lucian Bute, James DeGale and Nathan Cleverly, five world champs back-to-back. Groves went on to become a champ and Bute was a former champ but all were or became world champions.”