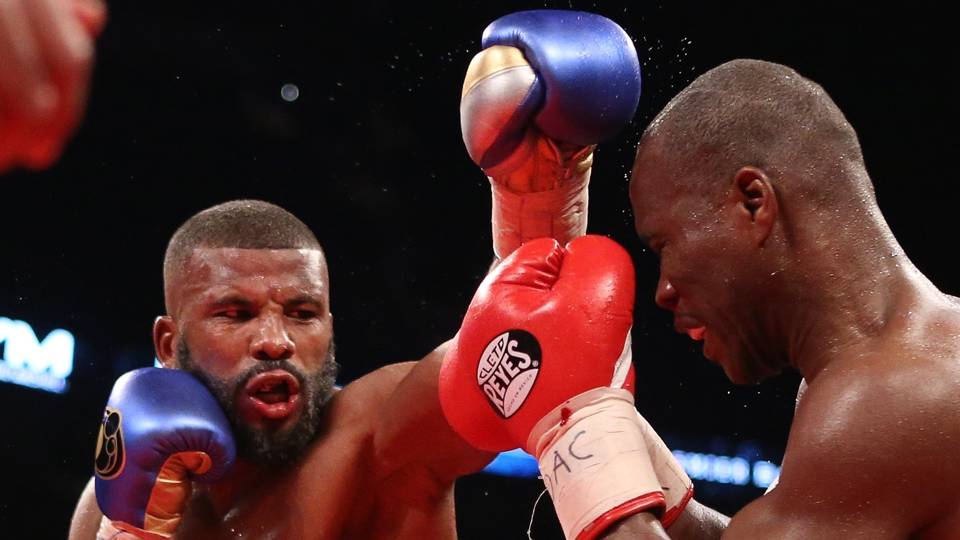 Badou Jack is a boxer with a pretty decorated career as a professional. He has won world titles in two weight divisions. He’s 22-1-3 with 13 knockouts. He’s probably the best fighter to emerge under the mentorship of Floyd Mayweather Jr. since making Las Vegas his home half a decade ago. But the way things are going, it’s unlikely Jack will be remembered more for what he did in the ring than the humanitarianism he has committed himself to outside it — and that’s fine with the Sweden-born fighter.

Over the last year or so, Jack and his business partner Amer Abdallah — a former kickboxer — have committed themselves to helping refugees and children in war-torn countries such as Jordan and Syria. The Badou Jack Foundation — launched this year — is the vehicle in which Jack and Abdallah bring food and supplies to these places.

Jack and Abdallah met when the two were training at the Mayweather Boxing Club in Las Vegas. The two connected over their shared Islamic faith and the fact that they attended the same mosque. After a couple of months, Jack asked Abdallah if he would help him with the business side of his career.

Most recently, Jack accepted an invitation to Dubai to participate in the Dubai Fitness Challenge, which encouraged the people of Dubai to exercise for at least 30 minutes per day for 30 straight days. Jack also visited with UFC star and fellow Muslim Khabib Nurmagomedov.

Jack’s generosity is completely altruistic — he chose to talk to Sporting News on his 35th birthday. His charity is not guided by politics, but instead by his Muslim faith. Zakat, a mandatory charitable contribution, is one of the Five Pillars of Islam, but Jack and many Muslims go well beyond what is required. You can look to the recent tragedy at a Pittsburgh synagogue last month for further proof. Muslims united to raise more than $238,000 at present time for victims. The Muslims behind the fundraiser also voiced their assertion that they were there for their Jewish brothers to provide anything they needed.

The things Jack, Abdallah, and a majority of Muslims do fly in the face of the hurtful rhetoric that the president of the United States uses to stoke the flames.

“The premise of our religion — in order to serve God, you have to serve your fellow man, regardless of race, religion, ethnicity, color,” Abdallah said. “In the Prophet’s last sermon, he said no person is better than another person based on where they’re from and what they believe in. The problem is, you do have a very, very small group of bad apples — which there’s bad apples in every religion — but that go out and claim the name of Islam in certain acts that they do and then the whole religion of Islam goes on trial, which is not fair.”

Added Jack: “It’s sad, but there’s nothing I can really do more than show a positive side of Muslims and Islam.”

Two years ago, Jack’s charity began to take him abroad. He went to his father’s homeland, Namibia, with the WBC and Mayweather Promotions stablemate Ishe Smith for the boxers over there. They donated a lot of boxing equipment with help of the WBC.

“Badou had been doing charity quietly for years before we linked up, starting with that trip to Namibia,” Abdallah said. “I had to convince him being on that stage, having that influence he does, he could help more people in a lot larger capacity than just reaching into his pocket and doing it on his own. Now, through his various partnerships, he can actually help generate revenue and donations on a much larger scale than just having to do it himself.”

That helped kick-start Jack’s humanitarian efforts, and the pairing with Abdallah, who had connections to a lot of these war-torn countries, really kicked things into overdrive. With Abdallah’s parents being from Jordan, he had a lot of connections and support from the Jordanian government, from the Jordanian people — Prince Ali bin Hussein being a key factor in bringing Jack to the country.

Like anyone with humanity, the picture last year of a Syrian child washed up on the beach face down dead because his family tried to flee Syria moved Badou. He knew those Syrian kids needed the help the most. It just so happens that the second-largest Syrian refugee camp in the world is the Zaatari camp in Jordan with more than 2 million refugees fleeing the country.

“I’ve got two kids of my own and they’re helpless,” Jack said, “especially the kids that have been in a war. So many bad things happen all around the world, so I feel for them the most. I feel for everybody, but especially them. Some of them have no family, no nothing. If I can use my platform as a world champion to help them, why not? I think more athletes should do that.”

Another arm of what Jack is doing is Ripper Nutrition, which recently announced a multiyear, multimillion-dollar deal across Asia. According to Abdallah, Ripper Nutrition will be making protein-fortified meal replacement shakes filled with the nutrients necessary to help the kids in refugee camps properly develop and grow.

Jack hasn’t been as active in the ring as he would like to be, having not fought more than twice in a calendar year since 2014. It looks as though he is close to landing his next bout, though — an early 2019 fight against undefeated Marcus Browne, which could land on the projected Showtime pay-per-view undercard of Manny Pacquiao against Adrien Broner. He hopes to be much more active in the new year.

Jack’s professional boxing career could be winding down as he enters his late 30s, but he has clearly demonstrated that there’s more to him than what he can do between the ropes.