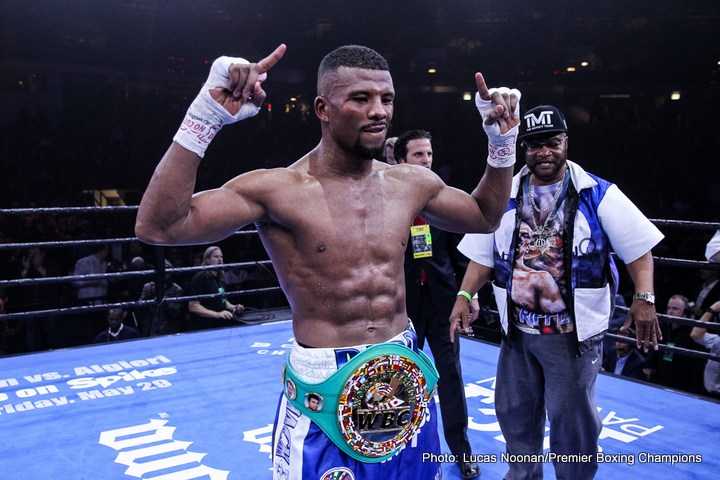 The Gambian-Swedish boxing champion, Badou Jack, has launched a new foundation in Dubai, UAE, to serve orphans, extending his charitable efforts during the holy month of Ramadan.

“We’re announcing its launch with the slogan ‘to give kids a fighting chance’. It’s to provide orphans with books, food, electricity, whatever it could be and wherever, in Africa, Asia and everywhere and generally to everybody that needs help,” Jack told The National on May 30.

To date, he has pursued charity projects personally and funded them through his own earnings. Undertaking tours between title bouts, the 34-year-old has funded meals in the camps of Syrian refugees in Jordan and donated clothing to villages in his home Muslim country Gambia.

Moreover, Jack has rebuilt the medical center of Al Baqaa camp for Palestinian refugees in Jordan and supplied it with new medical equipment. The former World Boxing Council (WBC) super-middleweight and the light heavyweight champion was born to a Gambian father and a Swedish mother.

As an observant Muslim, Jack believes: “As a role model I have to serve people. There aren’t a lot of Muslim boxing world champions, so I want to be one of them and represent my ummah and give back to the Islamic World. As a Muslim, in order to serve God, you have to serve your fellow man.”

Jack’s latest initiative this Ramadan involved sending equipment to Ahl Al Azem, a special needs association in Jordan. His projects to date have helped those in Muslim countries, but he is keen to draw in support and attract benefactors from all faiths and regions.

“We aren’t doing this as a Muslim/non-Muslim thing, but humanities in general; that is the religion that we all abide by. In today’s world, unfortunately, there is a lot more segregation, ethnically, religiously…,” Jack expressed.

Jack’s passion for helping people is also driven by the harsh nature of the sport he chose as a career. “Boxing is a brutal and physical sport where you have to actually put the pain on your opponent to win, but outside the ring, I feel the responsibility to be gentle and humble,” he says.

He became a member of the Swedish national team in 2004 and won the Swedish National Championship. “It took me three years to get on the team, and after that, I started fighting all over the world,” Jack said.

In 2008, he represented his father’s country, Gambia, at the Olympics in Beijing. He was also the flagbearer. According to the 2015 Survey of Gambia Bureau of Statistics, Islam represented 95% of the total population of this West African country.