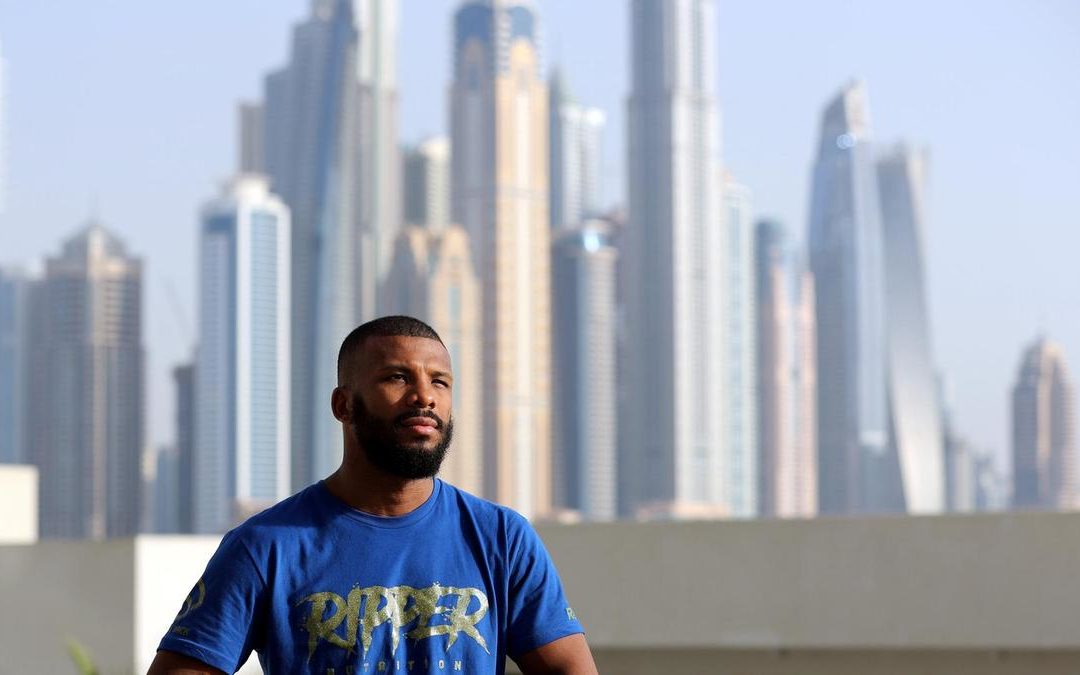 Former world boxing champion Badou Jack is launching a foundation to build and improve orphanages around the world using his career earnings. Chris Whiteoak / The National

After winning a big title fight night, many boxing champions celebrate with a garish show of wealth and excess.

Badou Jack channels his energy into feeding orphans in some of world’s poorest countries.

Undertaking tours between title bouts, the 34-year-old has funded meals in Jordanian refugee camps and donated clothing to villages in Gambia.

The 34-year-old former WBC super middleweight and former WBA light heavyweight champion has made it his mission to help give as many children as possible around the world “a fighting chance”.

“A fighting chance is to help them with books, food, electricity, whatever it could be and wherever, in the Middle East, Africa, Asia, everywhere and to everybody that needs help,” says Jack, who was born to a Swedish mother and Gambian father.

As an observant Muslim who “lives under the umbrella of Islam”, Jack believes it is important for him to serve as a role model.

“There are not a lot of Muslim world champions, so I want to be one of them and represent my people and give back to the community.

“As a Muslim, in order to serve God you have to serve your fellow man.” He has fed and clothed the people of three villages in his native Gambia, a stable but poor West African state, and paid for them to be supplied with electricity.

His work rebuilt the medical centre of Al Baqaa camp for Palestinian refugees in Jordan and supplied it with new medical equipment, and he has supported orphanages and communities around the world.

Now he intends to bring his humanitarian projects into a foundation that he hopes will draw in more benefactors and carry bigger-scale projects worldwide. To date, he has pursued projects personally and funded them through his own earnings.

In Dubai, which he calls his second home, he officially launched the Badou Jack Foundation.

“We wanted to announce the launch of the foundation and that is what we are doing here, announcing the Badou Jack Foundation with the slogan ‘to give kids a fighting chance’”. His projects to date have helped those in Muslim countries, but he is keen to draw in support and attract benefactors from all faiths and regions.

“We are not doing this as a Muslim/non-Muslim thing, but humanities in general; that is the religion that we all abide by.

“In today’s world unfortunately, there is a lot more segregation, racially, religiously…”

“The messages I get here in Dubai from everybody, from all different nationalities, religions and races – this whole vision of unity is all tied into the Badou Jack Foundation.”

Jack has been attached to boxing star Floyd Mayweather’s promotion company and become popular among fans.

Jack’s passion for helping people is also driven by the harsh nature of the sport he chose as a career.

“Boxing is a brutal and physical sport where you have to actually put pain on your opponent to win, but outside the ring I feel the responsibility to be gentle and humble,” he says.

His journey with boxing started when he was 18, after a friend took him to a local gym in his home town in Sweden.

“And ever since then, I have been training really hard.”

He became a member of the Swedish national team in 2004 and won the Swedish National Championship.

“It took me three years to get on the team, and after that I started fighting all over the world.”

In 2008, he represented his father’s country, Gambia, at the Olympics in Beijing. He was also the flagbearer.